If you have children, you may have heard of the movie, "Frozen." It is wildly popular, and for good reason. It's terrific. My girls are obsessed having seen the movie a bunch of times, listening to the soundtrack and playing with the toys. Frozen is a phenomenon.

Among the Frozen swag we have around the house are a few illustrated picture books. I have admired the technical ability of the artists that Disney employs. Since I am attempting to learn similar techniques, I thought I'd give replicating one of the images a go. What do you think? 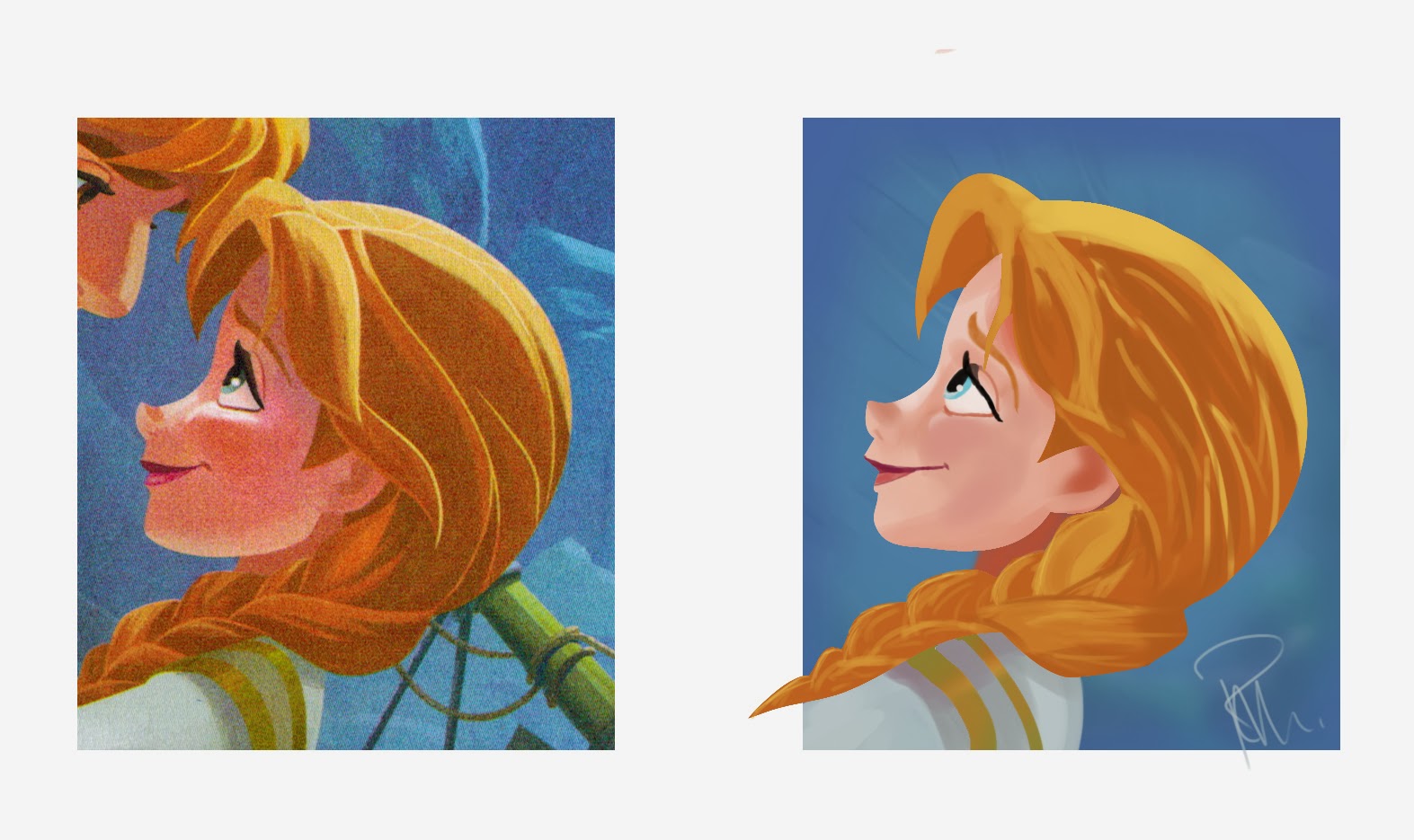 I'm a far way away from making my own illustrations come to life, but trying to duplicate images from a book has helped me with the technique.
Posted by Unknown at 7:33 PM No comments:

Comics are the testing ground

It's a new year, so I'm trying new things. One of the goals I have as an illustrator is to learn better coloring techniques. Since I've been doing Milk for Dead Hamsters, my coloring has been relatively unchanged. I take the paint bucket in Photoshop, fill areas with color and then add some shadows:

When I started illustrating books in 2012, I picked up some techniques to make for different results. But essentially, this was just a practice of applying some textures over the colored areas. This produced a water-color-like effect. But realistically, it was all the same.For example, the background here is dabbed with some water color PS brushes:

But I want to take some control over the matter. I want to learn how to digitally paint. I have been using a lot of the tutorials on Ctrl+Paint to help me. So far, I love the development. I am going to periodically use m4dh as my testing ground for my progression before I employ these techniques in books or freelance jobs. While digital painting takes more time, the end result is a warmer, more welcoming image. Here's my first go at it:

Posted by Unknown at 7:53 AM No comments: